with Vivian Gladwell and Angie Foster from Nose to Nose

Clowning is the art of making mistakes and there is an art to paying attention to the unexpected, to accidents and those unintended things we do. Sometimes our striving for perfection deafens us to what the world is trying to tell us and we no longer hear the silences and what lives in them. Great wisdom can be found in making peace with our shadows and our shortcomings and clowning celebrates all our humanity, even those parts of it we are desperately trying not to be.

This level III course brings a fresh new way of looking at impros by focusing on the many strategies we use for avoiding mistakes. The course gives a greater focus on theatrical and improvisational techniques and will feel very different from previous levels. For example, impros are repeated to bring actors to work in less familiar and/or comfortable areas.

Level 3 moves the work one step closer to performance and is an ideal preliminary to Towards Performance and/or Social Clowning. 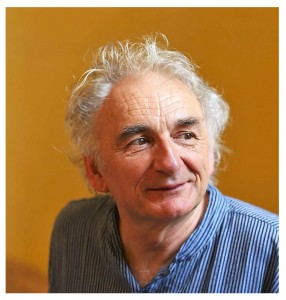 Vivian is the founder and director of Nose to Nose and has given hundreds of workshops around the world. He lives both in the UK and France where he started clowning in 1978. He speaks French and English fluently.
Vivian began teaching in 1988 as part of the Lifeways Festival at Emerson College – UK. He trained as a facilitator with the Bataclown in 1990 and joined their team in 1991 also working as a modern day Court Jester (Clownanalyst).
He created Nose to Nose UK in 1990, Nose to Nose of North America in 2006 and Fool View, the Social Clowning group and has trained facilitators in the UK, the USA, Germany and Italy – view history.
He continues his role as ambassador for the work by researching the applications of clowning in the context of teacher training, medicine, conflict management, ecology and intercultural work in many countries (South Africa, USA, Senegal, Vietnam, India, Malaysia, Italy, Germany, Norway…)

She trained first as a classical actress at the Royal Academy of Dramatic Arts.  She has performed on Broadway in two productions as well as off-Broadway.  She did several years of experimental theater with Andre Gregory, as well as regional theaters around the country.  Other trainings include Spacial Dynamics with Jaimen Macmillan and Gestalt Training with Mariah Gladis.  She has been teaching Drama and directing plays at Kimberton Waldorf School for 20 years.  This form of clowning combines her passion for improvisation and theatre, her quest for what it is to be human, and discovering freedom through play.